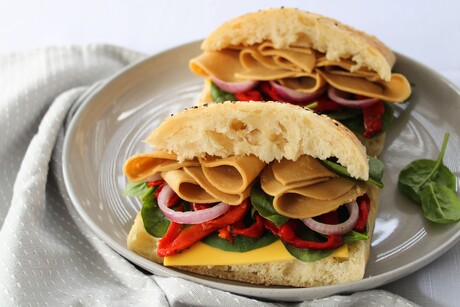 Cale and her daughters – the parent company of vegan consumer goods brands Made With Plants, PlantAsia and Get Plant’d – has announced that it will start manufacturing plant-based cheese and meat products in Australia, as part of a joint venture with the Israeli agricultural cooperative, Vgarden (subsidiary of Gan Shmuel Health Industries).

The two parties have joined forces to create a new entity known as Vgarden Australia Pty Ltd, which will operate a dedicated manufacturing facility based in Darra, Brisbane.

The Brisbane plant will initially produce vegan mozzarella, cheddar and parmesan, as well as vegan deli meats such as pepperoni and chicken. Cale & Daughters will also use the site to make its own IP products, including dairy-free heavy cream and sour cream. Full-scale production is planned by the end of 2023 and the facility will employ over 50 people.

“The joint venture between Cale & Daughters and Vgarden will bring together the innovation capabilities of our two companies, enabling the rapid exchange of resources and intellectual property. This partnership will allow us to minimize disruptions to the international supply chain and have greater control over internal and external variables,” said Cale & Daughters Co-Founder Cale Drouin.

Vgarden and Cale & Daughters already share a record of success, having worked together to supply Woolworths nationwide with vegan mozzarella, cheddar and parmesan since 2020.

The joint venture also provides greater capacity to meet the needs of foodservice customers, including restaurants, caterers, hospitals, educational institutions and other organizations that must meet Australia’s growing demand for plant-based foods.

Australia is touted as the third fastest growing vegan market in the world. Globally, the plant-based meat substitutes market is valued at $9.9 billion, growing at a compound annual growth rate (CAGR) of 41% through 2030. Meanwhile, the The global market for plant-based cheese substitutes stands at 2.4% billion, with a projected CAGR of 13% through 2030.

“We are extremely proud of the partnership we have forged with Cale & Daughters, as we share the same values ​​and vision for the future. It is extremely gratifying to see this collaboration come to fruition, and we believe it will have a real impact on the fast-growing vegan market in Australia,” said Ilan Adut, CEO of Vgarden.